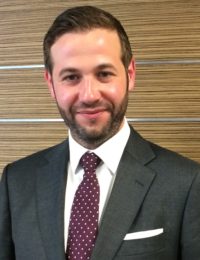 Aaron Korewa is a security policy writer and a Visiting Fellow at the McCain Institute.

Mr. Korewa writes for the Stockholm Free World Forum, The Atlantic Council and Svenska Dagbladet, a major Swedish newspaper. He focuses primarily on Eastern European and Nordic Security, the war in Ukraine and Russia. He is the editor of a Swedish blog on the importance of NATO-membership and vice-chairman of the Swedish branch of YATA. He has published reports, serval OP-EDs and featured as a commentator on both American and Swedish security policy podcasts.

Previously, Mr. Korewa worked as a political adviser to the former Swedish minister for foreign affairs, Mr. Carl Bildt. He was also at the Swedish embassy in Warsaw. Mr. Korewa is a native speaker of English, Swedish and Polish. He currently does research on the new role of NATO and the American commitment to European security.