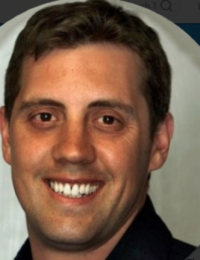 Political-Military Strategist, Chairman of the Joint Chiefs of Staff

Benjamin Flosi is a Lieutenant Colonel in the United States Army commanding the 3-415, BCT. He was previously an Army Strategist in the Office of the Chairman of the Joint Chiefs Staff, advising the Chairman on Peace Operations, International Organizations, and Humanitarian Engagement and developing global strategies and Campaign Plans. Benjamin was an International Engagement officer increasing policy and operational compatibility between US, NATO and partner countries. He has served in the U.S. Mission to the UN as an advisor to the U.S. Permanent Representative and Ambassadors on defense policy and at the NATO Parliamentary Assembly in Brussels. Benjamin’s operational experience includes the 2nd Infantry Division, the 82nd Airborne Division, and work as a Civil Affairs officer in the U.S. Army Special Operations Command. He has served in Iraq, Afghanistan, and the Republic of Korea.  Benjamin graduated from Marquette University, holds a Masters from Columbia University’s School of International and Public Affairs, a Masters from The Johns Hopkins University’s Carey School of Business, and was a Foreign Language and Area Studies Scholar in Yemen. He was a Manfred Werner fellow in Germany and Belgium, a Center for Strategic and International Studies International Leadership Fellow, and a member of the Young Leader’s program at the Carnegie Council for Ethics in International Affairs.