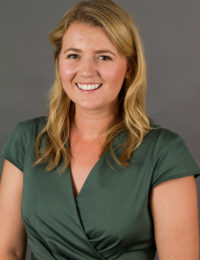 Charlotte Florance serves as a Special Assistant to the Ambassador-at-Large in the Office to Monitor and Combat Trafficking in Persons at the U.S. Department of State. Previously based in Amman, Jordan, Ms. Florance was the Chief Strategy Officer for TO THE MARKET, a social enterprise focused on women’s economic empowerment. From 2013-2015, she was the Africa and Middle East Policy Analyst at The Heritage Foundation, where she helped write and promote The Index of Economic Freedom and led the Foundation’s Africa Working Group. Prior to Heritage, she worked on the U.S. Senate Homeland Security and Governmental Affairs Committee as a Research Fellow. Ms. Florance has also spent time in rural Kenya where she worked on a Catholic Relief Services/PEPFAR program supporting entrepreneurship for HIV+ women. She holds a MA in Conflict, Security, and Development from the War Studies Department at King’s College London and a BA in International Relations from the University of Southern California. Originally from Newport Beach, California, she currently lives in Alexandria, Virginia with her husband.