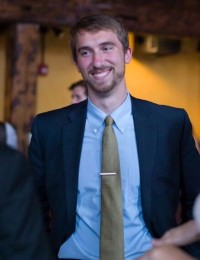 David Meyer is a Foreign Affairs Officer in the State Department’s Bureau of Democracy, Human Rights, and Labor. He works on U.S. policy towards the Western Balkans, post-Soviet Eurasia, and Europe’s Romani population. A former Presidential Management Fellow, David has served at U.S. Embassy Warsaw and in USAID’s Office of Conflict Management and Mitigation. He holds an MSc in Comparative Politics from the London School of Economics and Political Science and a BA in International Affairs from George Washington University. He speaks French and is studying Russian.