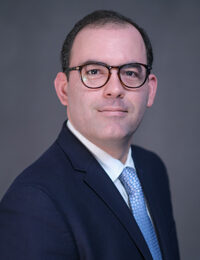 Diego Area is an associate director at the Adrienne Arsht Latin American Center of the Atlantic Council, where he leads the center’s work on Venezuela. During his time at the Council, Diego has spearheaded the creation of a multi-pronged, solutions-driven portfolio focused on promoting a stable and peaceful transition to democracy in Venezuela. Under Diego’s leadership, the Venezuela portfolio has sought to mobilize bipartisan US and international support for an end to the humanitarian, political and economic crisis. Since 2018, Diego has overseen the creation of the Venezuela Congressional Fellowship, and the launch of the Center’s network of Venezuelan women leaders, among other projects. Diego has also contributed to exposing disinformation in and around Venezuela and providing analysis on the information environment in the country and across Latin America. Before being forced to flee Venezuela, Diego served as director of social development in the municipality of Sucre, where he oversaw a team of 300 employees and led in the creation of twelve community centers of conflict resolution and eight senior clubs that provided services to nearly 600 citizens. Alongside local NGOs, Diego also managed 56 daily care homes in charge of over 2,500 children in the lower income areas of Sucre. Diego previously served as campaign manager in the 2015 parliamentary elections in the State of Miranda in Venezuela. Diego has a master’s degree in political management from the George Washington University and a bachelor’s degree in political science from the Universidad Central de Venezuela.