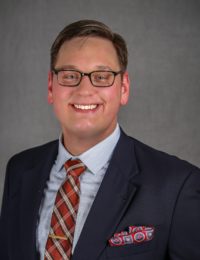 Graham W. Jenkins is an all-source intelligence analyst with Novetta, where he conducts structured analysis and assessments concerning a range of defense issues in support of the Office of the Under Secretary of Defense for Intelligence. His background lies in defense analysis, including concept and scenario development; wargaming and red-teaming; international security affairs in Europe, the former Soviet Union, and East and South Asia; and risk management.

Prior to Novetta, Graham was a consultant with Ernst & Young, focusing on enterprise risk management and cyber economics for US Government clients. He previously worked as an analyst at the Scitor Corporation and the Institute for Defense Analyses, specializing in nuclear policy and strategy, arms control, logistics, and wargame design.  He is currently an adjunct fellow with the American Security Project and was a 2013 Nuclear Scholar at the CSIS Project on Nuclear Issues. He holds an MSc in Theory and History of International Relations from the London School of Economics and a BA in history and international affairs from Sarah Lawrence College.