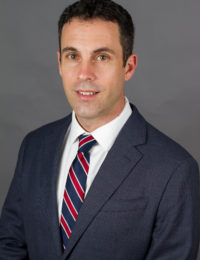 Jesse Heatley is an experienced global government affairs and policy researcher with a strong background in advising foreign technology companies and the U.S. government on regulatory developments across the Asia-Pacific. Heatley is currently a strategic intelligence specialist.  Heatley was previously a director at the Albright Stonebridge Group (ASG), where he advised clients on cyber and tech policy developments, with a focus on China. Heatley also worked at the Congressional-Executive Commission on China (CECC), where he monitored China’s cybersecurity, criminal justice, and rule-of-law developments. He made recommendations to legislative and executive branch officials and conducted briefings for U.S. government officials and civil society leaders. Heatley worked with the State Department on China-related exchanges and represented the U.S. Congress on travel to China. Before the CECC, Heatley was as a research assistant at Harvard Kennedy School. He has worked in the non-profit sector in environmental conservation and legal reform. Heatley earned an A.M. in East Asian Studies from Harvard University and M.P.P. in business and government relations from the Kennedy School. He received his B.A. from Bucknell University and studied at National Taiwan University School of Law and the Hopkins-Nanjing Center for Chinese and American Studies. Heatley is a Security Fellow with the Truman National Security Project and has received numerous research grants, including a Fulbright fellowship to South Korea. He is fluent in Chinese.