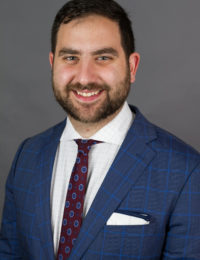 Omar Hossino is a Policy Analyst for the House Foreign Affairs Committee, where he advises Chairman Ed Royce on Syria, Iraq, Afghanistan, and Pakistan.  Prior to his current role, he worked as a Fellow for the Subcommittee on Asia and the Pacific at the House Foreign Affairs Committee. He has also worked as a Research Assistant at the Middle East Program at the Carnegie Endowment for International Peace. He has been published by Foreign Policy, the Atlantic Council, the Carnegie Endowment for International Peace, and the Henry Jackson Society. He holds a J.D. from Catholic University’s Columbus School of Law, and a Master’s in International Affairs: U.S. Foreign Policy from American University.