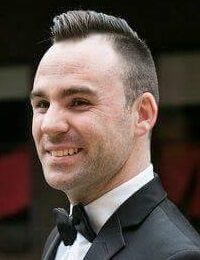 Joseph Quinn is the Program Manager at the Hanns Seidel Foundation’s Washington D.C. office. His expertise includes democracy and rule of law issues, media literacy, elections, as well as transatlantic cooperation. Joseph has extensive experience in the non-profit sector and most recently led a project promoting media literacy in civil society throughout Estonia, Latvia, and Lithuania. He has also led research projects focused on countering disinformation, examining malign information operations in Central and Eastern Europe, and the effects of Brexit on Northern Ireland. Joseph has a strong interest in Election management and facilitation, most recently working with the District of Columbia as well as the Embassy of Peru to assist Peruvian nationals in the USA to cast their absentee ballots. He was recently appointed an Officer of Elections for the Commonwealth of Virginia, Arlington County. Joseph holds an MA in International Affairs from the School of International Service at American University and a BA in International Studies & Political Science from DePaul University. His past work experiences include the British Foreign, Commonwealth & Development Office, the Houses of the Oireachtas (Parliament of Ireland), the European Parliament, the United States Commission on Security and Cooperation in Europe, the Center for European Policy Analysis, and the German Marshall Fund of the United States.