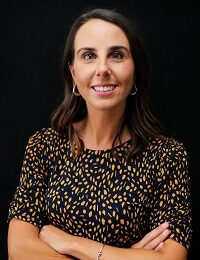 Lauren has served for 12+ years at the intersection of national security and communications. Lauren joined the Department of State’s Global Engagement Center (GEC) in 2015 charged with the task of transforming national security communications.  She launched the first ever social media campaign, network and brand that mobilized over 80 organizations from 20 countries and five continents in 6 months to confront ISIS recruitment efforts; an effort that was recognized by Vice, Foreign Affairs Journal and the New York Times among others.  Lauren became the GEC’s first secondee to the UK Foreign and Commonwealth Office’s where she led campaigns and bilateral efforts to combat disinformation and propaganda. Before joining the Department of Homeland Security (DHS), Lauren was the Director of the GEC’s Iran Team. In this role, she led interagency efforts to challenge Iranian disinformation amidst a heightened and complex policy environment. Lauren joined the DHS’ Cybersecurity and Infrastructure Agency (CISA), first as an Advisor and later as a Team Lead for Election Security Initiative’s Mis, Dis, and Malinformaiton Team. In 2018, Lauren received an Executive Master’s in Strategic Communications from Georgetown University and was awarded the Hoya Professional 30 for her “excellence in leadership”.  She also serves as guest lecturer at Emmanuel College and the Institute for Eastern Mediterranean Studies. Lauren co-authored a piece published in USC Public Diplomacy Magazine entitled Toward a More Ethical Approach to Countering Disinformation Online and in Bright Blue Magazine entitled Disrupting Disinformation that propose advanced solutions to the online threat of disinformation.