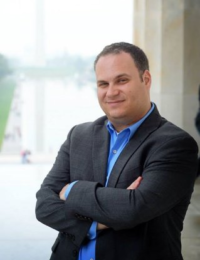 Justin Wein serves as Deputy Chief of Staff and Washington Office Director for Congressman David Price, who is the Ranking Member of the House Transportation, Housing, and Urban Development Appropriations Subcommittee, and a member of the State and Foreign Operations and Homeland Security Subcommittees. He also serves as the lead Democratic staffer for the House Democracy Partnership (HDP), a bipartisan Commission of the House of Representatives that works around the world to promote responsive, effective governance by strengthening democratically elected legislative institutions. He has served as an International Election Observer and has traveled to more than a dozen countries to train legislative staff and elected officials. He previously served as Legislative Director for Congressman Price, where he served as the principal advisor for the Congressman during his tenure as Ranking Member on the Appropriations Subcommittee on Homeland Security. Justin joined Congressman Price in early 2012 after more than seven years working for House Appropriations Committee Ranking Member Nita M. Lowey of New York, ultimately serving as her primary advisor on Homeland Security, Defense, Intelligence, and Trade.