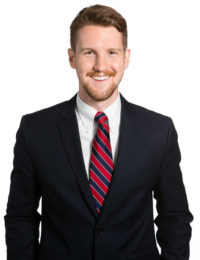 Riley Walters is Research Associate for Asia economy and technology in The Heritage Foundation’s Asian Studies Center. He specializes in Northeast Asian macroeconomic issues as well as emerging technologies and cybersecurity. He has provided commentary on a myriad of economic, technology, and national security matters relating to the U.S. and Asia in The Diplomat, The National Interest, and The Hill, among others. He and his work have appeared in various other media outlets such as Bloomberg BNA, The Journal for The American Chamber of Commerce in Japan, and SC Magazine.

Riley has previously lived in Japan, one year in Kumamoto prefecture and one year in Tokyo while attending a study abroad to Sophia University. He holds his Bachelor’s and Master’s degrees in Economics from George Mason University in Fairfax, Virginia. Before joining The Heritage Foundation he worked at the Competitive Enterprise Institute as a Research Associate. He is co-founder for The Council on Asian Affairs, a group of young Asia policy professionals in Washington. He was cohort to the 2016 Mosaic Taiwan Fellowship, and two-time program guide for The Kakehashi Project to Japan. Riley was born and raised in Alexandria, Virginia. He and his fiancé now live in Arlington, Virginia. He is fluent in Japanese.