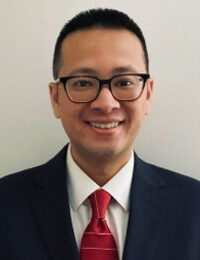 Loc Le is a senior designations officer in the U.S. Department of State’s Bureau of Counterterrorism. He currently serves in the Office of Counterterrorism Finance and Designations where he develops and implements policies to counter the financing of terrorism in the Middle East, including through designations, sanctions, and capacity building efforts. Loc joined the State Department in 2013 with assignments in the Bureau of Economic and Business Affairs and a temporary detail at U.S. Embassy Seoul. Prior to federal service, Loc worked in local government for the DC Metropolitan Police and the Seattle Fire Department. A Seattle area native, Loc earned a J.D. from American University’s Washington College of Law and attended the University of Washington for both graduate and undergraduate schools.