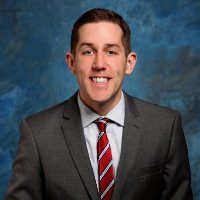 Matthew Manning serves as Legislative Director for Congressman Jimmy Panetta (D-CA).  In addition to his legislative oversight duties, he acts as the Congressman’s chief advisor on the House Armed Services Committee and covers the defense, intelligence, foreign affairs, homeland security, and veterans affairs portfolios.  Prior to his current role, Mr. Manning served in several other public and private sector organizations including the Department of Defense, the U.S. Senate, the U.S. House of Representatives, the U.S. Supreme Court, national security consulting firms, and energy companies. A native Nebraskan, Mr. Manning holds a Juris Doctorate in International & Comparative Law from the Creighton University School of Law and a Bachelor of Arts in Political Science from Creighton University. He is an honorary Admiral in the Great Navy of the State of Nebraska.