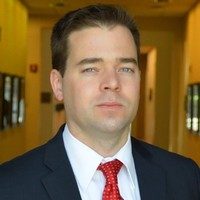 Dan Lips is the Policy Director for the Chairman of the Senate Homeland Security and Governmental Affairs Committee. He has worked on the passage of bipartisan legislation and oversight investigations including as a staff member of the Permanent Subcommittee on Investigations. Dan was the lead staff author of the 2015 minority staff oversight report, “A Review of the Department of Homeland Security’s Missions and Performance.” Before Capitol Hill, Dan served as an intelligence analyst with the Federal Bureau of Investigation. He previously was a senior policy analyst at the Heritage Foundation, where he was the lead analyst researching education.  His research has been referenced in the Wall Street Journal and the Washington Post. He has testified before Congress and state legislative committees. Dan also served as a member of the D.C. Advisory Committee to the U.S. Commission on Civil Rights. Dan earned his bachelor’s degree from Princeton University. He earned his master’s degree from the Institute of World Politics in Washington, DC, where he wrote his master’s thesis on public diplomacy during the Cold War.