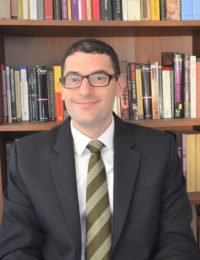 Meir Walters is a Foreign Affairs Officer in the Bureau of Democracy, Human Rights, and Labor’s (DRL) Office of Near Eastern Affair at the U.S. Department of State with a portfolio covering Iran and the Arabian Peninsula. Meir holds a Ph.D. in Government from Georgetown University where his research focused on authoritarian politics, censorship, and mass mobilization in the Middle East. He has also taught undergraduate and graduate courses on Comparative Politics at Georgetown. Meir has traveled throughout the Middle East, including as a Fulbright fellow in Egypt. His work has appeared in a variety of policy and academic journals, including Foreign Affairs, Middle East Policy, Perspectives on Politics, and the Journal of North African Studies.