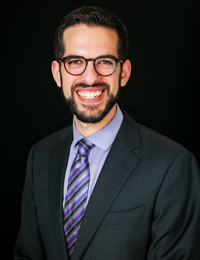 Mitchel Hochberg serves as Legislative Assistant for Senator Kirsten Gillibrand. Previously, he served as Defense and Foreign Policy Advisor for Congresswoman Jackie Speier (D-CA). He acted as the Congresswoman’s chief advisor in her role as a senior member of the House Armed Services Committee, including as the Chair of the Military Personnel Subcommittee. Mitchel also led Rep. Speier’s foreign affairs, intelligence, homeland security, and veterans affairs portfolios. Mitchel has also worked as a Research Associate for Amb. Dennis Ross at the Washington Institute for Near East Policy. While receiving his Master’s and Bachelor’s degrees from Georgetown University’s School of Foreign Service, Mitchel interned at a variety of governmental and non-profit organizations including the Office of the Secretary of Defense, the State Department, and the Council on Foreign Relations.