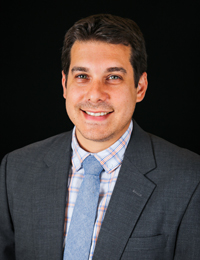 Sasha Ghosh-Siminoff is the Executive Director and co-founder of People Demand Change Inc, a socially responsible aid and development startup focusing on several core issues including monitoring and evaluation of humanitarian aid and development programing; supporting the capacity of nascent civil society and local governance institutions; and providing long-term culturally aware solutions in the MENA region, including work in Syria, Libya, Yemen, Iraq, Lebanon, Turkey, and Tunisia through research and analysis. In 2011, Mr. Ghosh-Siminoff was living in Syria and attending immersion Arabic program at Aleppo University when the Syrian Revolution broke out and experienced Syrian society right before and then immediately after the commencement of the revolution. Before Syria, Mr. Ghosh-Siminoff completed a Master’s degree of Middle East Studies at the University of Exeter, UK in 2009 and conducted fieldwork in Israel and in the Palestinian Occupied Territories of the West Bank for his Master’s thesis. Before focusing on work in the MENA region, Mr. Ghosh-Siminoff worked on various state and federal election campaigns and joined Congressional Quarterly to cover Congress at the beginning of the Obama Administration. Mr. Ghosh-Siminoff has been a guest analyst discussing Syria and its wider implications for the region for a number of international media outlets in addition to various international institutions and governments, including the United States, Canada, and Germany, and various think tanks based in Washington DC. Mr. Ghosh-Siminoff continues to travel frequently to the MENA region for work.