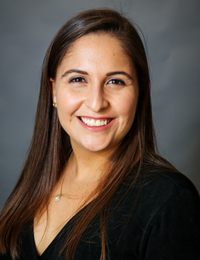 Monica O’Hearn is a Program Manager at Counterpart International, where she oversees technical and operational implementation of U.S.-funded democracy and governance projects worldwide. Her portfolio includes programs which advance transparency and accountability, human rights, and civil society strengthening. While currently supporting programs in Asia and Africa, her experience at Counterpart includes management of projects throughout Latin America and the Middle East as well. Before joining Counterpart, Monica worked in the private sector, where she led corporate investigations focusing on international financial flows and due diligence. She also conducted vetting of senior-level executives and conducted research for political campaigns. Previously, Monica also held positions at the International Foundation for Electoral Systems (IFES), supporting elections and civic education strengthening programs throughout Africa, as well as at the National Democratic Institute (NDI), where she provided assistance to political party strengthening programs throughout the Middle East and North Africa. Monica was also a research assistant for Varieties of Democracy (V-Dem), a multidimensional dataset which measures levels of democracy worldwide. Monica was a Fulbright grantee in Morocco, serving as a lecturer at Abdelmalek Essaadi University from 2013-2014, and previously served on the Board of Directors of the Fulbright Association, National Capital Area. She holds a Master’s in Government with a concentration in Democracy and Governance from Georgetown University and a Bachelor of Arts in Romance Languages and Literature from the University of Notre Dame. She is fluent in Spanish, French, and Italian and speaks conversational Arabic.