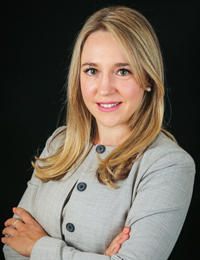 Kristina Olney is the Director of Government Relations for the Victims of Communism Memorial Foundation. Previously, she helped found and directed the advocacy efforts of In Defense of Christians, a non-profit dedicated to the preservation of ancient religious communities in the Middle East. She also helped lead the government relations programs of the Foreign Policy Initiative, a foreign policy think tank dedicated to advancing American leadership abroad. Kristina served for two years on Capitol Hill at the U.S. Commission on International Religious Freedom and as a Fellow on the House Foreign Affairs Committee for Congressman Chris Smith (R-NJ). She is an alumna of The Heritage Foundation’s Marshall Fellows Program and of the John Jay Institute for Faith, Society, and Law. She completed her B.A. in International Relations at the Australian National University and her M.A. in International Economic Relations at American University. Her articles have appeared in publications including The Hill, First Things and National Review.