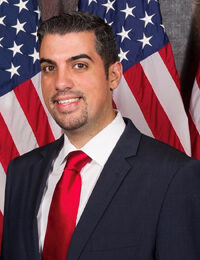 Nick Hawatmeh is the Chief of Staff to Congresswoman Lisa McClain from Michigan’s 10th Congressional District. Before this role, he served as Chief Counsel to Senator John Kennedy on the Senate Judiciary Committee, where he was the legal and policy advisor on issues including nominations, immigration, national security, foreign relations, elections, religious freedom, and intellectual property. Nick began his career on Capitol Hill as Counsel for the Committee on House Administration in the United States House of Representatives, where he was lead counsel on oversight of the Federal Election Commission and Election Assistance Commission and served as a congressional election monitor in contested federal elections. Nick worked with the Organization for Security and Cooperation in Europe to improve electoral processes and international election standards in the United States and throughout the world. Nick has a combined eighteen years of political and legal experience working in local, state, and national politics and more recently served as Vice Chairman of the Michigan Republican Party and was appointed to serve on two boards by Michigan’s Governor.  Nick holds a Juris Doctor in Law from the University of Detroit Mercy School of Law and a Bachelor of Arts Degree in political science from Wayne State University. Nick has vast experience in international affairs and was selected to participate in several staff delegations to the Middle East, Europe, Asia, and North America.  Additionally, Nick has participated in an international election observation mission in Tunisia, trained members of parliament in Bahrain, and trained candidates for public office in Jordan. Nick is a recipient of Maverick Pac’s 2019 “Future 40” award and the National Association of Asian Pacifics in Politics and Public Affairs 40 Under 40 Award.