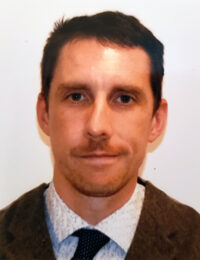 Richard Helke has ten years of experience as an analyst with the Department of Defense in Washington, DC and around the world.  He recently completed a joint duty assignment focused on Central Africa and has previously worked on the Middle East and East Africa, with multiple deployments to Afghanistan and Djibouti.  Prior to joining DOD, he interned in the Office of the Secretary of Defense, the State Department, and the Woodrow Wilson International Center for Scholars and worked for several years at a grants research firm.  A native of Washington State, he earned his bachelor’s degree from Claremont McKenna College and his MA from the George Washington University and has also studied in Germany and completed a grants management certificate at California State University – San Bernardino.  He has a decade of experience serving Congolese in the eastern Democratic Republic of the Congo and recently started a similarly-focused grassroots nonprofit organization with colleagues.  In 2010, he founded a small group through his church focused on providing a community for national security professionals.