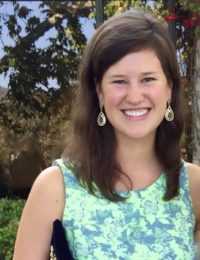 Reagan Thompson is the policy and communications advisor for Congressman Mike Pompeo (R-KS), working on issues for the Intelligence and Benghazi Committees and on Iran, Guantanamo, and Asia. Previously, Reagan was the senior foreign policy advisor for Governor Walker’s presidential campaign. She has also focused on technology issues in China and the Middle East while on Facebook’s global policy team. Reagan graduated from Stanford University and received Master’s degrees from Peking University in Beijing and the London School of Economics as a Rotary Ambassadorial Scholar. She speaks Mandarin and has been named a “Rising Star in U.S.-China Relations” by China Hands magazine, a Future Leader with the Foreign Policy Initiative, and a Foundation for the Defense of Democracy National Security Fellow.