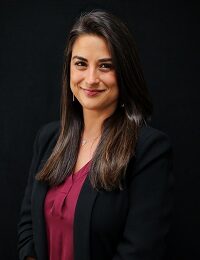 Roberta Braga manages North America Communications at the global law firm Baker McKenzie, where she is responsible for the creation of thought leadership campaigns and media outputs with a focus on data and technology, privacy, intellectual property, international trade, tax and more. She is a member of the Young Leaders Council of the Millennial Action Project, where she supports young policymakers in fostering bipartisanship, and is a Cyber Fellow with Young Professionals in Foreign Policy, where she writes on the intersection of cybersecurity, tech for democracy-building, digital innovation, internet governance, and behavioral science. Roberta previously served as Deputy Director for Programs and Outreach at the Atlantic Council’s Adrienne Arsht Latin America Center, where she helped shape the intellectual framework for the Council’s Latin America programming and led projects on democracy-building, countering disinformation and misinformation in elections, and trade integration. Over four and a half years in the think tank world, Roberta launched work on deepening US-Brazil trade and foreign direct investment; helped create the organization’s practice on countering disinformation in Brazil, Colombia, Mexico, and Venezuela, and oversaw external engagement with government and private-sector stakeholders and the media. Roberta has worked at the US Department of Homeland Security, Promega Corporation, and the Federal Communications Commission. She earned her MA in Global Communication from The George Washington University and her BA in Journalism and International Security from the University of Wisconsin-Madison. Originally from Brazil, she is a native Portuguese- and English-speaker, and fluent in Spanish.