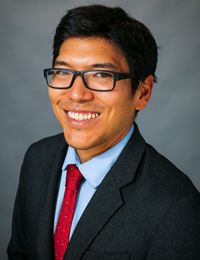 Ryan Uyehara serves as a Professional Staff Member on the House Foreign Affairs Subcommittee on Asia, the Pacific, and Nonproliferation (Chairman: Ami Bera). Ryan assists the subcommittee in its oversight of U.S. foreign policy towards Asia and Nonproliferation. In 2019, Ryan helped establish and worked for the Subcommittee on Oversight and Investigations, which supervised crossjurisdictional issues at State and USAID. Ryan has also handled Rep. Bera’s work on the Foreign Affairs Committee as a Legislative Assistant, with particular concentrations in U.S.- India and U.S.- Korea policy, and global health security. He also worked on the national security staff of Senator Joe Donnelly. Ryan served in the United States Army as a Patriot Air Defense officer for nearly five years, including service in Korea and Kuwait. The son of two Foreign Service Officers, Ryan grew up, in part, in the democratically transitioning countries of the Philippines, Indonesia, and Ukraine. He holds a B.A. in Public Policy from the College of William and Mary.