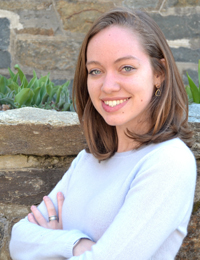 Rebecca Turkington is the Assistant Director of the Women and Foreign Policy program at the Council on Foreign Relations. Prior to joining the Council she was the program manager at the Georgetown Institute for Women, Peace and Security where she published on gender and countering violent extremism, and co-authored flagship reports on women’s participation in peace processes and transitional justice, conducting field research in Kenya, Tunisia, and Northern Ireland. Rebecca previously worked at the National Democratic Institute on women’s political participation. She received a B.A. in History and International Relations from Wellesley College, where she was a Fellow at the Madeleine K. Albright Institute for Global Affairs, and an M.A. in Security Studies from Georgetown University, concentrating in terrorism and substate violence. Her writing has been published in the West Point CTC Sentinel, The New Republic, Mediterranean Politics, OpenDemocracy, and by CFR.