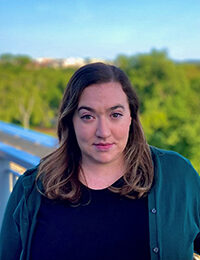 Senior Policy Director, Friends of the Global Fight Against AIDS, Tuberculosis and Malaria

Shannon Kellman is the Senior Policy Director at Friends of the Global Fight. In this capacity, she manages congressional outreach and coalition relationships to advance advocacy on behalf of Friends. Previously, Shannon was the assistant director of Washington External Affairs at the Council on Foreign Relations. She also worked in Congress as an aide to Congresswoman Jan Schakowsky and to Senator Carl Levin. Shannon also worked as a lobbyist at J Street and as the development and communications associate for Pacific Environment, an environmental non-profit based in San Francisco. Originally from Evanston, Illinois, Shannon holds a BA in Russian and Eastern European studies from the University of Michigan, and an MSc in international relations from the London School of Economics. Shannon is a CFR Term Member and co-chair of Foreign Policy for America’s NextGen Initiative. She was a 2017 NextGen Leader with the National Bureau of Asian Research and serves as a co-chair for Women in Government Relations International Relations and Trade Task Force.