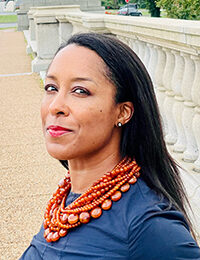 Tiffani Brownley-Meijer is an international human rights attorney who is currently a legal adviser with the American Red Cross and an international legal consultant working with many organizations. Tiffani is the founder and executive director of The World Parity Institute, a non-governmental organization that works to alleviate global poverty and economically empower women and marginalized groups. Although she began her career in domestic and international corporate law in the mid-Atlantic and London, the scope of her work has come to range from international women’s issues to conflict resolution, to many areas of public international law including humanitarian law, human rights law, business and human rights, and technology and human rights in both her professional and academic careers. She has served as a Peace Corps Volunteer in Mali, West Africa working on maternal and infant health, STD, and AIDS outreach, and addressing gender inequality through GAD (Gender and Development). In Japan, she began working at the intersection of technology and equity issues. Her gender equity work also continued in Japan with the creation of the Women’s Equity Project through her collaborations with the United Nations University, and the Tokyo and Yokohama Women’s Networks. She has worked at the International Criminal Tribunal for the former Yugoslavia (ICTY) handling genocide appeals cases for both the Former Yugoslavia and Rwanda and has worked at the OPWC addressing global compliance to weapons of mass destruction treaties. She has sat on several boards including the International Rescue Committee’s advisory board for Northern California and The Respect Institute. Tiffani holds a Bachelor of Arts in French and International Affairs from the University of North Carolina at Chapel Hill, a Master of Arts in Diplomacy concentrating on conflict resolution and strategic studies from the International University, Vienna, Austria, and a Juris Doctor from the University of Colorado at Boulder with an international law concentration from Leiden University.