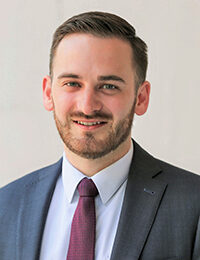 Will Todman is a fellow in the Middle East Program at the Center for Strategic and International Studies (CSIS), which he joined in 2016. His research focuses on aid, sustainability, and governance in the Middle East. He has conducted field research in ten countries across the Middle East and North Africa, and his analysis has been published by a wide range of outlets, including peer-reviewed journals, Lawfare, and the Washington Post. Will has briefed numerous U.S. officials, UN Security Council members, and foreign diplomats on his research and he comments regularly to the media. He is a co-host of the “Babel: Translating the Middle East” podcast. Will previously lived in Beirut, where he worked at the British embassy and for the office of the UN special envoy to Syria. He co-founded and runs KAMA DC, a nonprofit that works with refugees and immigrants in the Washington DC area. Will holds a B.A. in Arabic and modern Hebrew from Oxford University and an M.A. in Arab studies from Georgetown University, where he studied Persian intensively. He also speaks French and Spanish.