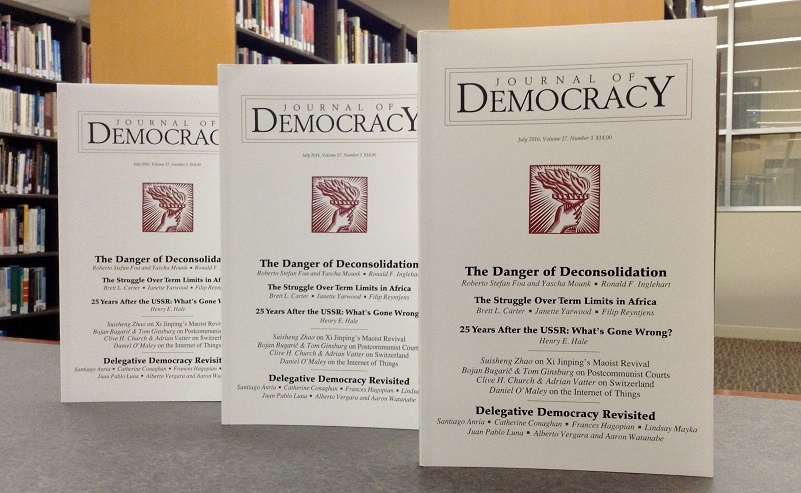 The Dangers of Deconsolidation

“Citizens in a number of supposedly consolidated democracies in North America and Western Europe” are now “more cynical about the value of democracy as a political system . . . and more willing to express support for authoritarian alternatives,” warn Roberto Stefan Foa and Yascha Mounk in “The Democratic Disconnect.” Ronald Inglehart is less gloomy about democracy’s future prospects, however, as he explains in “The Danger of Deconsolidation: How Much Should We Worry?“

25 Years After the USSR

A quarter-century after the Soviet breakup, democracy has failed to make progress in most post-Soviet states. Henry Hale details why this seemingly promising gain for freedom produced such disappointing results in “25 Years After the USSR: What’s Gone Wrong?”.

Far from being a reformer, President Xi Jinping has launched the most sweeping ideological campaign in China since Mao. As Suisheng Zhao describes in “Xi Jinping’s Maoist Revival,” Xi is mixing nationalism, Leninism, and Maoism in ways he hopes will cement continued Communist Party rule.

As we celebrate the Dalai Lama’s 80th birthday, let us remember the suffering...

The Difficult Road to Transparency...

In order to contribute to the spread of correct information...

The Road to Digital Unfreedom