How does polarization help would-be authoritarians to win elections? Will Ethiopia’s political opening lead to lasting change? Why are Europe’s center-left parties doing so poorly? 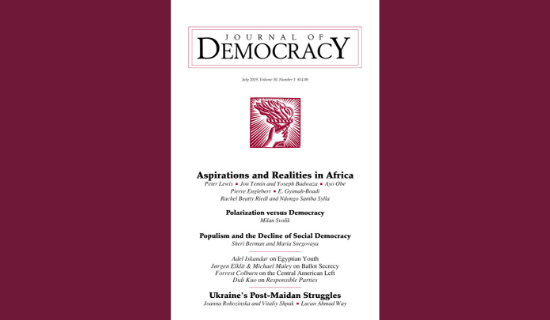 A cluster of six articles in the July 2019 issue of the Journal of Democracy looks at recent political trends in sub-Saharan Africa:

Plus: Five years after the EuroMaidan protests drove a corrupt president from power, how is Ukraine’s democracy faring?

Get the latest updates from the International Forum...

Remarks by Carl Gershman to The Inter-University ...

Peter Lewis is director of African Studies and associate...

At a panel discussion celebrating the publication of Larry Diamond's new collection...