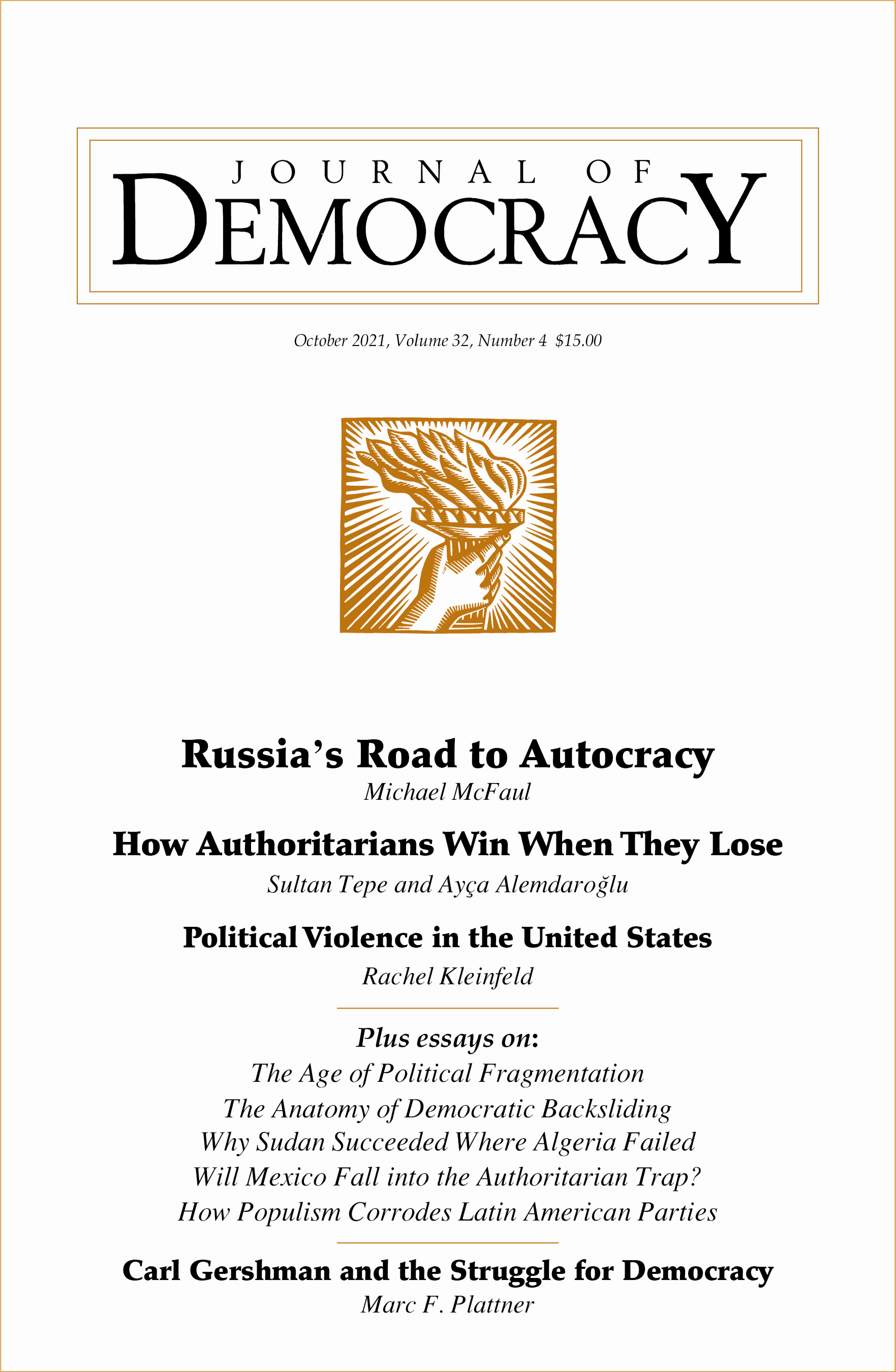 Amid declining popularity, Putin and his regime are cracking down harder than ever. But 30 years ago, with the collapse of the Soviet Union, Russia was an aspiring democracy. How did it wind up an authoritarian power all over again?

Plus: Political violence is on the rise in the United States, and the number of people who think it justified is growing; and among the many ills afflicting Western democracies is the splintering of political authority.

Read the Journal of Democracy’s October 2021 issue, available for free on Project MUSE through November 18.

VIEW THE FULL TABLE OF CONTENTS AT WWW.JOURNALOFDEMOCRACY.ORG.

Javier Corrales is professor of political science at...

The October 2018 issue of the Journal of Democracy...

Statement of the National Endowment...

The National Endowment for Democracy (NED) welcomes the announcement today that...