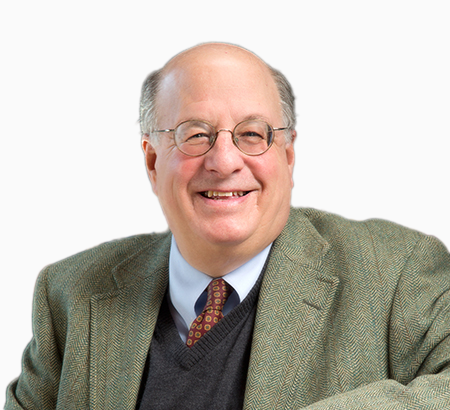 Prosecuting crimes associated with transnational kleptocracy is inherently problematic. In addition to the difficulty of unpacking complex financial flows and uncovering actionable evidence for use in legal proceedings against kleptocratic elites, national judicial systems that might hold kleptocrats accountable are typically co-opted or otherwise neutered. Trying these cases in international jurisdictions is possible but often ineffective, because this requires cooperation from domestic institutions that have been rendered powerless by these same kleptocratic elites.

Melissa Aten of the International Forum for Democratic Studies spoke with Judge Mark L. Wolf about ways to address these issues, including the creation of an International Anti-Corruption Court as a mechanism to combat transnational kleptocracy. (This interview has been condensed and edited for clarity. The views and opinions expressed here do not necessarily reflect those of the National Endowment for Democracy.)

Melissa Aten: What do you see as the greatest impediment to prosecuting cases of transnational kleptocracy?

Judge Mark Wolf: The greatest impediment is the inability of countries controlled by kleptocrats, people who abuse high office for private profit, to enforce the laws against their own people. Kleptocracy, or grand corruption, exists not because there is a lack of laws in kleptocratic countries, but because the existing laws are not enforced. One hundred and seventy-eight countries have signed the UN Convention Against Corruption (UNCAC), which obligates signatories to have laws prohibiting bribery, extortion, money laundering, and misappropriation of national resources. Signatories also have an obligation to enforce those laws, including against their highest officials, but those highest officials will not permit the honest and effective investigation, prosecution, and punishment of their colleagues, friends, families, and indeed themselves. Since kleptocrats control the police, the prosecutors, and the courts, they are able to stymie proper legal channels in their countries.

The transnational element of kleptocracy occurs because leaders who illegally obtain money through the exercise of their public powers do not want to keep that money in their own countries. They move it, often through shell or anonymous companies, to more attractive areas of the world where it would be safe from seizure if the kleptocrat is ever removed from office.

By law, anyone who moves illicit money through the US financial system is subject to prosecution in American courts, but very few cases are initiated. Why is this?

Money that comes to the United States from corrupt transactions will in many cases constitute the crime of money laundering, and US anti-money laundering laws permit prosecution in the United States should kleptocrats choose to bring their money here. Corrupt public officials do not want the proceeds of their crimes to be easily traced to them so they frequently operate through shell companies, or a series of shell companies, where it is very difficult to trace and determine who the human beneficial owners are. The lack of transparency in beneficial ownership in the United States makes it difficult to trace where kleptocrats hide their money, therefore hindering the prosecution of these crimes.

The law relating to incorporation in the United States has historically been state, rather than federal, law. Some states, particularly Delaware and more recently Nevada, make it very easy to create shell companies that will mask the true beneficial owners of the assets of those companies. Last year, then-President Obama proposed legislation requiring the disclosure of beneficial owners of all corporations to the IRS, but that legislation was not enacted. In addition, there are laws and regulations requiring banks to determine the true owner of assets housed at their financial institutions, but these protocols are not uniformly enforced. Comparable requirements, for example, on people who sell expensive real estate, do not exist.

…It is essential to understand that transparency is not an end in itself… once there is transparency and there is evidence of criminal activity by a nation’s leaders, you still need a mechanism to enforce the laws impartially and effectively.

Are existing laws designed to prosecute cases of transnational kleptocracy in the United States and elsewhere adequate? How can they be improved?

It would be very valuable if laws around the world were strengthened to require complete transparency of beneficial ownership. However, it is essential to understand that transparency is not an end in itself. Some kleptocrats, perhaps, would be discouraged if they knew their transactions would be transparent, but once there is transparency and there is evidence of criminal activity by a nation’s leaders, you still need a mechanism to enforce the laws impartially and effectively. For example, the Panama Papers uncovered evidence of seemingly corrupt activity undertaken by Russian President Vladimir Putin and his associates, but that evidence will not be used for investigation and prosecution in Russia because President Putin controls the administration of justice. While we may now have more information and evidence, at the moment there is no place to submit this evidence for prosecution of grand corruption in Russia.

Kleptocracy is not just a domestic problem. The consequences of grand corruption are devastating.

You have been a vocal proponent of the establishment of an International Anti-Corruption Court (IACC) to prosecute kleptocratic leaders. What specific gap would this new institution fill?

The International Anti-Corruption Court would fill this gap we have been discussing precisely. As I have mentioned, 178 countries have signed on to the UNCAC, requiring them to establish laws that that prohibit bribery, extortion, and money laundering. Because these laws are not enforced, there is a culture of impunity among kleptocratic leaders and their networks.

Kleptocracy is not just a domestic problem. The consequences of grand corruption are devastating. Ten times more money is lost to corruption in developing countries than is provided in foreign aid. Opposition to grand corruption is what breeds the constituencies for terrorist groups, such as the Taliban and Boko Haram. There is a [virtually] complete correlation between the countries led by the most corrupt leaders and those most abusive of their citizens’ human rights.

In 2013, the UN High Commissioner for Human Rights, Navi Pillay, said the money lost to corruption every year could feed the world’s hungry eighty times over. In Angola, the President’s daughter, Isobel dos Santos, is said to be the richest woman in Africa, yet Angola has the highest global percentage of children who die before they reach the age of five, because government effort is focused on theft, rather than providing adequate medical care for its citizens. Public indignation at grand corruption is destabilizing countries like Egypt and Ukraine, thereby creating grave dangers to international peace and security.

When it is recognized that kleptocratic leaders operate with impunity despite the existence of laws designed to curb public theft, and that devastating consequences stemming from unpunished grand corruption threaten the world, there is a compelling reason to create an IACC. Like the International Criminal Court, the IACC would complement existing national judicial systems—countries that have independent judiciaries capable of investigating, prosecuting, and punishing its highest officials for corrupt behavior would handle cases domestically. However, as in many countries now, if the nation is unable or unwilling to enforce its laws against its leaders, those leaders would be subject to prosecution in the IACC. It would provide an essential missing link in the international system to combat grand corruption.

Critics of the idea of an International Anti-Corruption Court might say that kleptocratic regimes would never agree to sign on to, or be held accountable by, such a court. How would you respond?

Creating the Court would be a process whereby first countries with honest leaders who feel comfortable with this concept might establish the court, creating pressure for other countries to join. Leaders might also have political motivations for joining the Court. For example, there is information and evidence of rampant corruption in Latin America related to the Brazilian conglomerate Odebrecht, which allegedly bribed officials in Brazil and eleven other countries in the region, including allegations that Colombian President Juan Manuel Santos accepted illegal campaign contributions. Yet, President Santos, who won the Nobel Peace Prize last year, recently made Colombia the first country to endorse the IACC. I believe his pronouncement was motivated in part by his desire to communicate to his people and to people around the world that he is genuinely and seriously opposed to corruption. There are times in countries and continents where good government is good politics. Nigerian President Muhammadu Buhari is currently making a very serious effort to combat corruption in his country. He knows that he has had many corrupt predecessors and he can foresee there is a reasonable likelihood he will have corrupt successors. If the court existed now, he might very well have Nigeria join the Court to ensure there will be a mechanism to vindicate his values once he is no longer in power.

Critics have argued that the IACC is not feasible, but in my lifetime, I have seen many things happen that were supposedly impossible: the collapse of the Soviet Union, the end of apartheid in South Africa, and so on. Nelson Mandela used to say, “It’s always impossible until it happens.” I think there is sufficient and growing interest that when there is a genuine campaign for the Court, it may prove to be possible and achievable far faster than many people think.

The right way to look at grand corruption or kleptocracy is to recognize that in countries ruled by kleptocrats, corruption is not aberrant behavior; it is the primary reason people seek power.

In previous discussions, you have mentioned the possibility of using organized crime statutes, including the RICO Act, to prosecute crimes related to transnational kleptocracy. Can you expand on this idea?

It is important to recognize that kleptocrats are not bad actors; they are criminals comparable to the heads of organized crime, racketeering, and mafia-type organizations. In the United States, a RICO case can be brought against an organized enterprise that conducts its business through a pattern of certain illegal acts.

The right way to look at grand corruption or kleptocracy is to recognize that in countries ruled by kleptocrats, corruption is not aberrant behavior; it is the primary reason people seek power, and the government is run as an organized enterprise designed to criminally enrich the leaders and their associates rather than to serve its citizens. We know what to do with criminals: we investigate, prosecute and punish them, and that’s what we should be doing with kleptocrats.

What role might civil society play in creating and/or supporting the work of an IACC?

Civil society’s role of creating momentum and pressure is essential to the creation of an IACC. There are a lot of contending forces in Africa, for example. In 2014, I published two articles advocating for the creation of the IACC. Two days later, Transparency International and another organization in Uganda called upon Uganda to be the first to support the creation of the IACC. Not much later, SERAP, the largest NGO in Nigeria, called upon the two then-presidential candidates in Nigeria to endorse the Court. So those are just examples of the roles civil society could and would have to play in helping to establish the Court.

Judge Mark Wolf, Justice Richard Goldstone, and other colleagues have created Integrity Initiatives International, an NGO designed to advocate for the creation of the IACC and other measures, including forging a network of young people dedicated to combating corruption around the world.