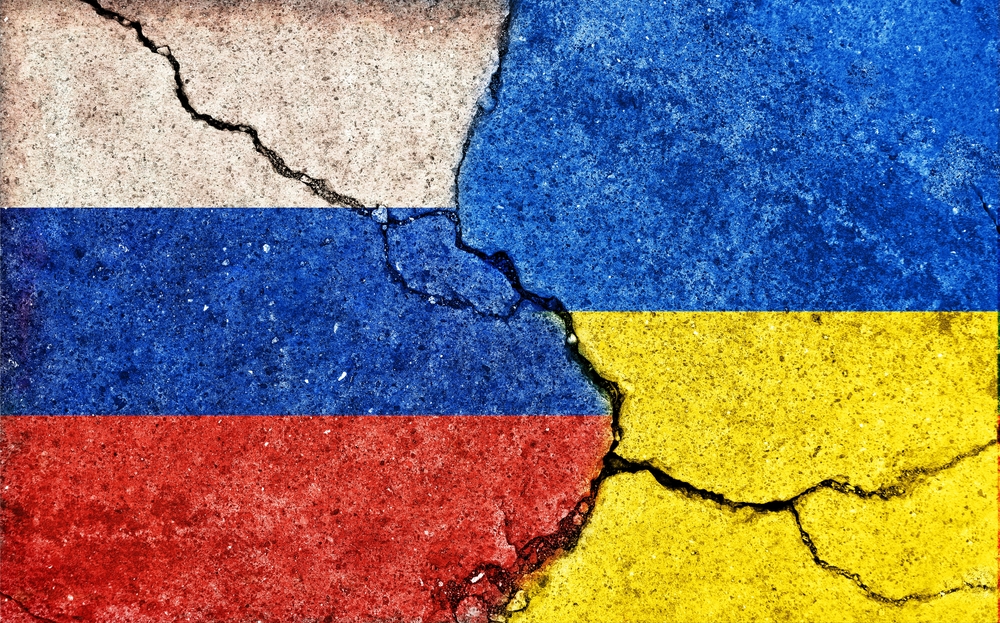 Following the full invasion of Ukraine on February 24th, 2022, many in the world responded to Russia’s aggression with unprecedented solidarity. Sanctions quickly emerged, calls to stand with Ukraine circulated widely in online spaces, and blue and yellow flags flew in parliaments and homes worldwide. However, competing global challenges and fatigue from the conflict has called into question democracies’ sustained support for Ukraine and the principles it represents.

Against this backdrop and the evolving conflict, the International Forum for Democratic Studies asked four leading experts to consider the following question: While the future of the conflict in Ukraine remains uncertain, what do you see as the greatest potential challenges to maintaining and perhaps expanding democratic solidarity, and what do you identify as the critical needs to support the preservation of a democratic Ukraine? 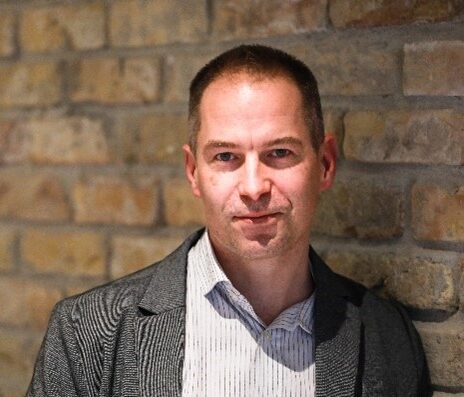 The West has been unexpectedly unified in its response to the crisis in Ukraine and shown strength that no one (including Vladimir Putin) expected. Despite the reluctance of some member states in the European Union such as Hungary, a sixth European sanctions package targeting Russia is underway. Public opinion in the EU and the United States is supportive of Ukraine’s struggle and willing to accept refugees. They are also prepared to pursue sanctions, even if they also hurt the West. Countries in Central and Eastern Europe that have traditionally not been very welcoming towards refugees—especially during the Middle East refugee crisis approximately nine years ago—are showing unprecedented solidarity with and support of Ukraine’s EU membership. Given the altered security and political landscape, NATO and the EU are more attractive in Europe now than at any point during the last two decades.

Currently, a looming economic crisis is the biggest threat to this solidarity, with economic stagnation and skyrocketing energy and food prices affecting Europe and the whole Western World as a result of Russia’s attack on Ukraine. An economic crisis may strengthen Europe’s “peace camp”—those who call for a quick end to the war, whatever the price. The longer the war lasts, the louder and more attractive the anti-sanction siren songs may become, both in mainstream and in pro-Russian populist circles. The relativist, “pacifist” politicians who are calling for appeasement and “stopping the war immediately” remain relatively popular around Europe, and the parties behind them never lost their popular support during the pandemic. Hungary’s Viktor Orbán is not alone in his reluctance to support sanctions: politicians like France’s Marine Le Pen, Italy’s Matteo Salvini, Slovakia’s Robert Fico, and others are also wary of sanctions.

Given the altered security and political landscape, NATO and the EU are more attractive in Europe now than at any point during the last two decades.

Now, there is a crucial opportunity to regain democratic momentum and solidarity to repair this damage and emerge from this extremely difficult situation stronger. Poor compromises with Russia would be a historic mistake and a huge boost for autocracies all around the world.

Péter Krekó (@peterkreko) is executive director of the Political Capital Policy Research and Consulting Institute in Budapest. He is also a senior fellow at the Washington-based CEPA think tank and a PopBack Fellow at the University of Cambridge, and formally a Reagan-Fascell Fellow at the National Endowment for Democracy in 2020-2021. 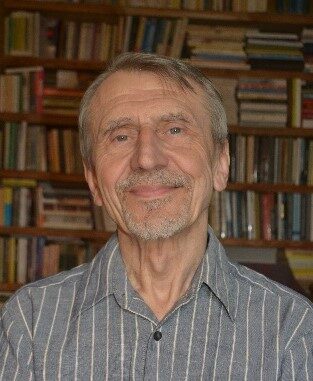 Russia’s military aggression against Ukraine evoked an unexpectedly strong and unified response by the international democratic community. Ultimately aimed at supporting Ukraine and sanctioning Russia as the aggressor, global indignation followed Russia’s blatant violation of international law and increasingly rogue behavior on the international stage over the past two decades.

But there was one more factor, underestimated by many observers: not only did a rogue state attack its peaceful neighbor without provocation, but an increasingly authoritarian, de facto dictatorial state invaded a fledgling democracy with a legitimate, democratically elected government and functional mechanisms for open public debate. Sympathy among non-democratic states with authoritarian models helps explain the lukewarm reactions by many in the “Global South.” These sympathies stem not just from geographic remoteness and poor knowledge of the wartime realities in Ukraine. Economic anxieties, political opportunism, and a disinformation ecosystem animate these sympathies, too.

Moscow’s propaganda frames Ukraine’s resistance as a proxy war led by the West against Russia—as if Ukraine has no agency of its own, nor its own goals and commitments to freedom, dignity, and national sovereignty. In fact, Ukraine defends the same values that fueled the nations of the Global South in their past struggles for national liberation. Therefore, Moscow’s narrative is libelous and insulting to these countries, given their own historical struggles as participants in a proxy war between the U.S. and the Soviet Union. The fact that Ukraine is a democracy that has so far withstood an authoritarian assault might be highly appreciated by other democracies, but for less democratic or authoritarian regimes in the Global South, it matters less. They may better understand and appreciate Ukraine’s resistance as a national liberation, anti-colonial struggle against an oppressive empire. Historically in the Global South, that narrative referred to Western powers; today, however, Russia exceeds all of them in aggressiveness, brutality, and treachery.

Moscow’s propaganda frames Ukraine’s resistance as a proxy war led by the West against Russia—as if Ukraine has no agency of its own, nor its own goals and commitments to freedom, dignity, and national sovereignty. In fact, Ukraine defends the same values that fueled the nations of the Global South in their past struggles for national liberation.

Mykola Riabchuk is the honorary president of the Ukrainian PEN Center and a visiting research fellow at the Institute of Advanced Studies in Paris. His last book (in English) is “At the Fence of Metternich’s Garden. Essays on Europe, Ukraine, and Europeanization” (2021). 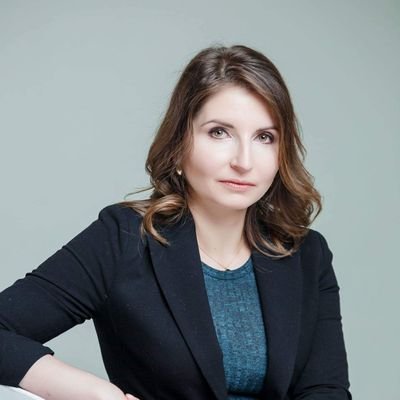 The West’s unity against Russia’s renewed aggression in Ukraine has been notable and took the Kremlin by surprise. To maintain democratic solidarity, several conditions should be satisfied:

Do not overestimate successes; prepare for the long run. The West tends to overvalue the impact of its countermeasures against Russia. The Putin regime’s resilience and its capacity to prolong the war is often severely underestimated. Putin, in his third decade in power, plays the “long game,” and he is committed to sustaining this conflict. He is also willing to fuel world food and energy crises in order to further undermine the West’s support for Ukraine. As such, the West should prepare for a long-term conflict on multiple kinetic and non-kinetic fronts.

Target energy revenues that enable the Russian invasion. Any ceasefire at this point could portend future aggression against Ukraine. Only Russia’s outright defeat will prevent this conflict from recurring. Currently, Putin is well-equipped with the means to maintain Russia’s assault, as energy revenues flowing into the country remain at peak levels despite sanctions. The West needs to develop a strategy to reduce global oil prices (not just to impose an oil embargo), thus limiting Putin’s ability to sustain and fund a protracted conflict.

Putin, in his third decade in power, plays the ‘long game,’ and he is committed to sustaining this conflict…As such, the West should prepare for a long-term conflict on multiple kinetic and non-kinetic fronts.

Define what it means for Ukraine to win. Discourse surrounding Ukraine’s victory remains vague in the West. Does it mean stopping further Kremlin advances or taking back Donbas? The West must clearly articulate how it will support Ukraine’s vision for victory and its aspirations for freedom. Subsequent assistance to Ukraine should be structured to reach this goal. If the aim is to return to the pre-February 24th status quo, then assistance to Ukraine should be significantly enhanced to achieve that objective. At the moment, Russia continues to advance in Ukraine, and the West must radically boost its support to stop Putin from achieving his newly revised military goals.

Maria Snegovaya (@MSnegovaya) is an adjunct senior fellow in the Center for a New American Security (CNAS) Transatlantic Security Program, a postdoctoral fellow in Political Science at Virginia Tech, and a visiting scholar at the Institute for European, Russian, and Eurasian Studies and the Illiberalism Studies Program at George Washington University. Her research focus is  Russia’s domestic and foreign policy and the ongoing democratic backsliding and re-autocratization across post-communist Europe. 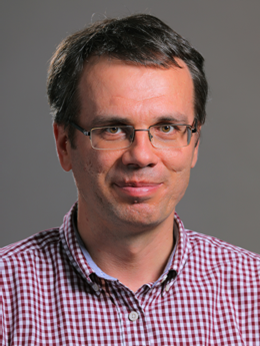 Ruslan Stefanov, Center for the Study of Democracy

Ukraine’s defeat or major setback could break the spirit of democratic resurgence and unity—and strengthen authoritarian powers. Yet, democracy has seen and survived darker times. Democracies’ hesitation to act, stick together, and stand up to authoritarian villains has often triggered these “darker times.” Numerous governments from the Global South with differing democratic credentials and histories (such as Turkey, India, and the United Arab Emirates) have had a muted and ambiguous reaction to the Kremlin’s aggression. Some hope or actively seek to benefit from kleptocratic linkages with Putin’s regime. The UAE, for example, has largely refrained from condemning Russia or enforcing sanctions in the interest of preserving both overt economic exchange and opaque kleptocratic ties with Russia. Turkey has frustrated Sweden and Finland’s swift admission to NATO.

Cracks have started to appear in the global democratic community as the war has dragged on and the economic fallout has started to sting. Corruption, state capture, and the related illicit financial flows circulating in the global financial system have been the Kremlin’s main tools to corrode democratic progress and unity in vulnerable democracies and worldwide. The EU’s limited success in integrating countries along its eastern borders, in particular Serbia and Bosnia and Herzegovina, have demonstrated that combating authoritarian temptations is a long and arduous journey, not a straight line of democratic progress.

Corruption, state capture, and the related illicit financial flows circulating in the global financial system have been the Kremlin’s main tools to corrode democratic progress and unity in vulnerable democracies and worldwide.

There are, however, some positive examples to follow among emerging democracies. Confronting Russian oligarchic networks in the past decade has helped build Ukraine’s resilience and provided President Zelensky with a capable and motivated administration to stand up to a much better-armed opponent. Estonia, which has been the most successful democracy to counter legacy Soviet corruption, is another good example. The tiny Baltic nation provides the largest support to Ukraine as a share of its economic output. These examples can show other states how to preserve democratic solidarity with Ukraine, which ultimately helps accelerate their own democratic transitions at home.

Ruslan Stefanov (@Rugeste) is the Program Director and Chief Economist of the Center for the Study of Democracy (CSD), a premier European public policy institute working in the areas of foreign influence, corrosive capital and state capture, based in Sofia, Bulgaria. He is the co-director of the Kremlin Playbook and the knowledge coordinator of SELDI.net, the regional anticorruption civil society network of Southeast Europe.

In a new report by the International Forum for Democratic Studies, three experts...

Religious Liberty and Its Role...

Religious Liberty and Its Role in Building Democracy:...

View
Putin’s War and the Murder of Boris Nemtsov