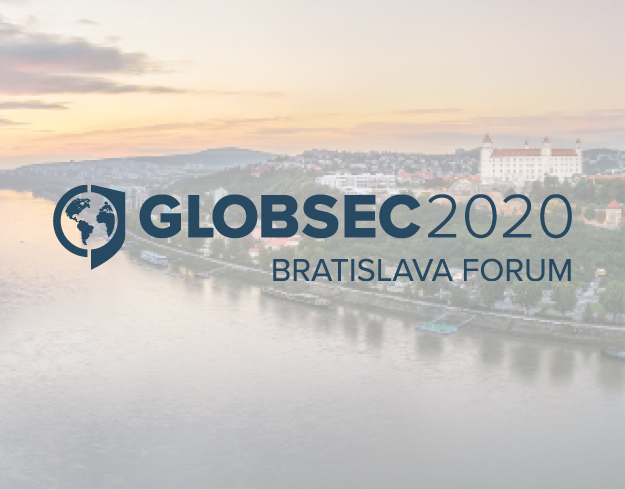 On October 8, vice president for studies and analysis at the National Endowment for Democracy (NED) Christopher Walker spoke about the “Future of Democracy in a Post-Covid World” at the GLOBSEC 2020 Bratislava Forum. The panel included Madeleine Albright, former U.S. Secretary of State and chairman of the National Democratic Institute; Věra Jourová, vice president of the European Commission for Values and Transparency in Brussels; Markus Reinisch, vice president for Public Policy in Europe, the Middle East, and Africa at Facebook in London; and moderator Alena Kudzko, the director of GLOBSEC Policy Institute.

The GLOBSEC Bratislava Forum is the largest security conference in Central Europe, convening more than 1,300 high-profile participants from around the world to address the future of the world economy, politics, and development of democracy. The main theme of the forum’s 15th session was “Let’s Heal the World Together.” [Learn more about NED’s work in central and eastern Europe.]

Drawing on research at NED on the effect of sharp power exerted by China and Russia, Mr. Walker discussed the use of emerging technology by leading authoritarians to advance democracy-unfriendly objectives: “Barely a day passes now without a new revelation of the [Chinese Communist Party] CCP’s efforts at political censorship or to influence independent institutions such as universities, think tanks, media, and other sectors in countries with political systems of all kinds. Beijing is also seeking to shape global norms at the UN on a range of issues, including in the technology sphere.” [Read NED’s latest research on sharp power and democratic resilience.]

He observed that “in the absence of steps that can make the digital space more compatible with liberal democracy, distortion will become a feature of the system, rather than the exception” and urged tech firms and innovators in democracies to “step up their game” to increase public trust and address thepersistent scourge of disinformation.

Secretary Madeleine Albright also spoke at the session about the dangers of technology’s disaggregated voices, and called for active participation from citizens to understand sources of information and their motivating factors: “Democracy is not a spectator sport,” she observed. “It is something that the population needs to work on, contribute to. But it is…the way people everywhere want to live, because we want to be able to make decisions about our own lives.”

Watch the “Future of Democracy in a Post-Covid World” DISCUSSION at the Globsec 2020 Bratislava Forum here: