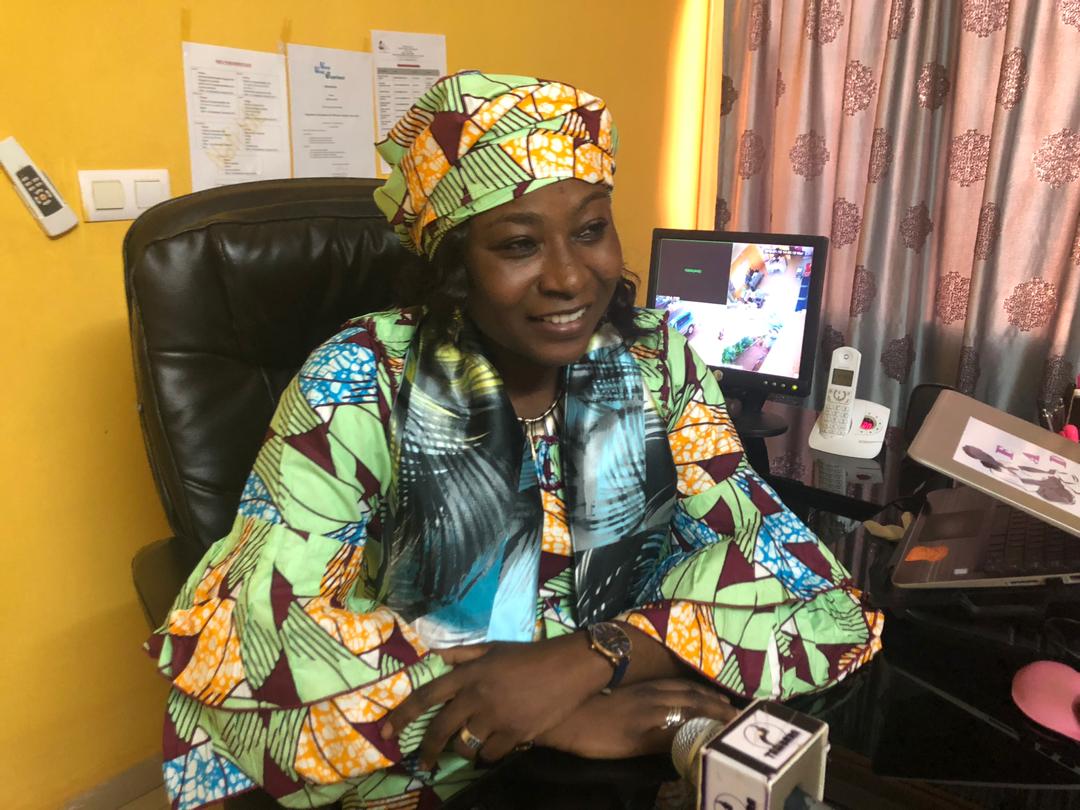 The land-locked West African nation of Niger is one of the newest democracies on earth.  After a 2010 coup d’état ended decades of post-independence military rule, the country has transformed into a multi-party democracy.  Despite this democratic progress, the women of Niger still suffer from second-class status, in both private and public life.

The institutional challenges that Niger faces as its democracy evolves further compound women’s marginalization. For example, Niger has the world’s highest rate of child marriage and high levels of infant maternal mortality. Estimates from 2015 suggest that only 11% of Nigerien women are literate, limiting their ability to effectively participate in the political process. Though women represent 70% of the labor force in Niger, they occupy only 15% of the seats in Parliament.

Throughout her life, Nafissa Ide Sadou experienced firsthand the systematic factors that limit women’s rights in Niger. She explains that “a lack of land rights and access to job opportunities, illiteracy, low levels of representation for women in government positions, and the lack of respect for and implementation of existing legislation that protects women’s rights” are deeply entrenched factors that have served to limit women’s rights, including and especially women in rural communities.

Determined to make meaningful steps toward empowering Nigerien women, Ide Sadou founded Femmes, Actions et Développement (FAD), or “Women, Action and Development” to fight for women’s rights in Niger. With support from the National Endowment for Democracy (NED), FAD developed and implemented a robust campaign to increase women’s political participation in Niger. As Ide Sadou says, “the challenges that women and youth face are best addressed if their voices can be heard. Beyond allowing women to become more aware of their rights and responsibilities as citizens, increasing women’s political participation also promotes democracy and the rule of law in Niger.”

With NED support, FAD developed a large network where women can discuss issues and share their experiences with each other and mentor less experienced women members of political parties. The women who participate give overwhelmingly positive feedback, describing the empowerment they feel in making decisions and the visibility they gain in running for office.

FAD also successfully convinced several political party leaders to sign an agreement committing to increase women’s political participation. By engaging with political party members directly, FAD has gained a high degree of visibility and credibility, and the female candidates they support are benefiting from this.

Ide Sadou explains that FAD’s trainings have led not only to more women running for office, but have also helped women use social media to interact with elected officials and educate them on their rights as constituents. As a result, women can participate in political life at all levels, even without running for office.

“Our work is helping empower citizens of all backgrounds to know their rights and responsibilities, most especially women and marginalized groups,” Ide Sadou reports. “This kind of citizen engagement also promotes good governance, reduces poverty, and ensures that future generations are more actively involved in political and governance processes.” If FAD’s tireless advocacy is any indication of things to come for Niger, and especially for Nigerien women, then the future of this young democracy looks bright indeed.

The Threat of Religious Extremism...

Krishna Kumari's election to the upper...

High Stakes in the Sahel: A Transatlantic...