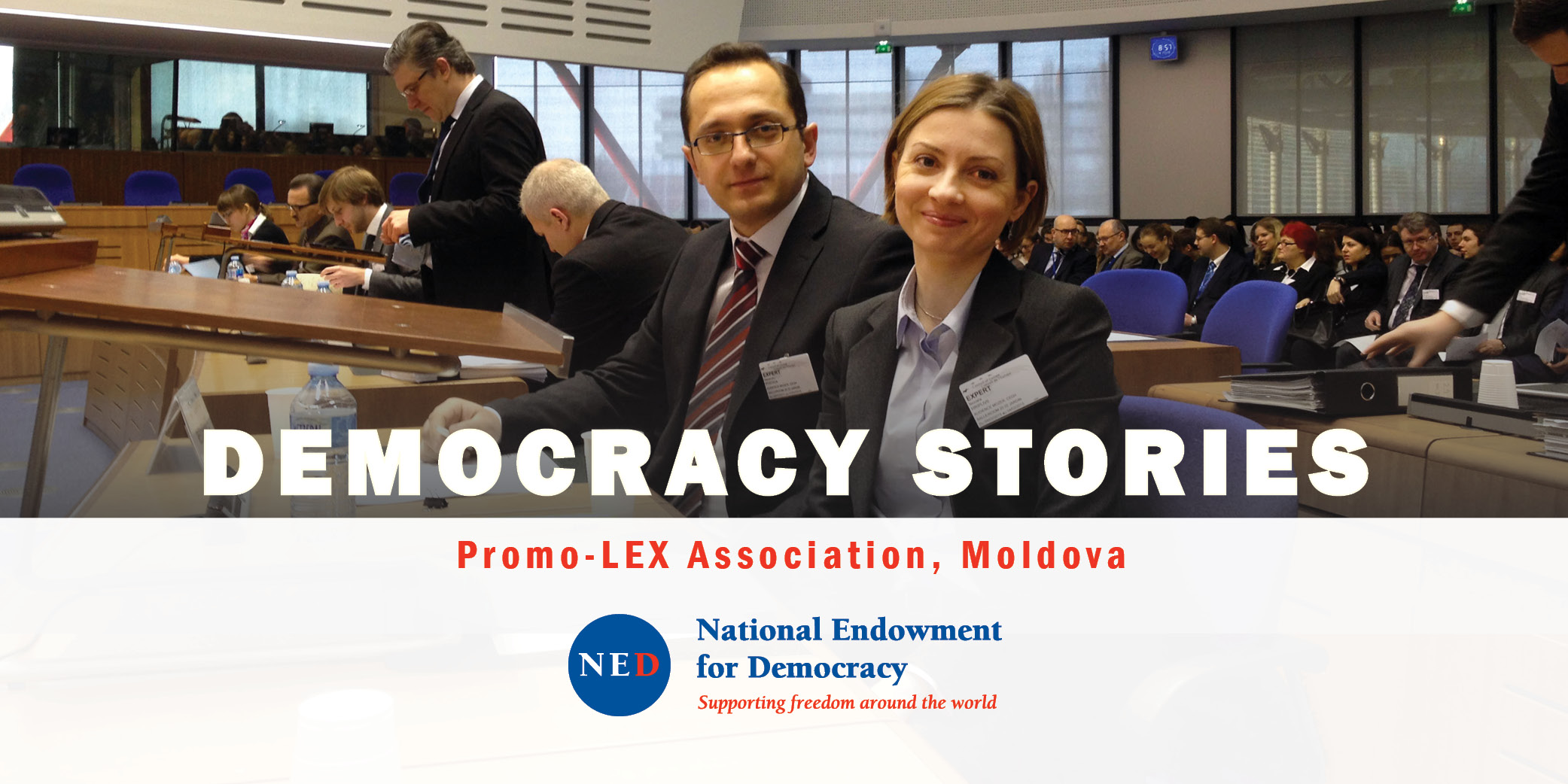 Since 2002, the Promo-LEX Association has established itself as the premier organization fostering human rights in Moldova, including the breakaway region of Transnistria, and furthering free and fair elections in the country. Civil society in Transnistria, which is occupied by Russian forces, struggles to survive due to persecution and isolation. With NED support, Promo-LEX is promoting and defending human rights in the region. It has provided legal support to thousands of residents and filed 111 strategic litigation cases on their behalf with the European Court of Human Rights. To date, the Court has reached decisions in 30 cases, all of which were in favor of Promo-LEX’s defendants. Within Moldova proper, Promo-LEX plays a key role in ensuring that the government respects democratic norms and acts in a transparent and accountable manner. It is Moldova’s leading election monitoring group. During the 2014 parliamentary elections, Promo-LEX’s observation mission covered all polling stations. Its Parallel Vote Tabulation (PVT) confirmed the official results presented by the Central Election Commission and was cited in a Constitutional Court decision against a recount appeal. As part of its monitoring, Promo-LEX gathered data and produced a report that contributed to an improved law on campaign financing, which was adopted by Parliament in April 2015.

The 2018 Theme is Democracy under Strain: Solutions for a Changing World.

“Religion and Democracy: Allies or Antagonists?”...

The Role of Open Data in Strengthening...

Join us for a discussion with civic and religious leaders on ways the DRC's...