The 2021 Seymour Martin Lipset Lecture on Democracy in the World was delivered by Ronald Deibert, director of the Citizen Lab at the University of Toronto’s Munk School for Global Affairs and Public Policy. Inaugurated in 2004, the Lipset Lecture is a joint annual lecture sponsored by the National Endowment for Democracy, the Embassy of Canada to the United States, and the Munk School of Global Affairs as an important forum for discourse on democracy and its progress worldwide. View past lectures on key issues of democracy.

During the lecture, Deibert discussed how several factors came together for digital subversion to become more widely practiced, by more actors, at lower risk, and with greater chances of success. These factors include deregulation and privatization, the growth of private companies providing subversion and surveillance services, and the emergence of a digital communications environment that he described as “invasive by design, fundamentally insecure, exploitative of human cognitive biases, poorly regulated, and prone to abuses.”

As digital subversion spreads, so, too, do authoritarian practices and their associated culture of impunity. Such developments often occur at the expense of the rule of law and public accountability. Deibert stressed that “countering digital subversion has therefore truly become an existential imperative.” He emphasized the need for democracies and civil society alike to recognize the emergency, advocate for stronger counter measures, build heightened legal accountability against malign actors, and design algorithms that are harder to manipulate for malicious gain.

If subversion is flourishing, then the rule of law and institutions of public accountability necessary for our very survival in the face of these risks will obviously suffer. 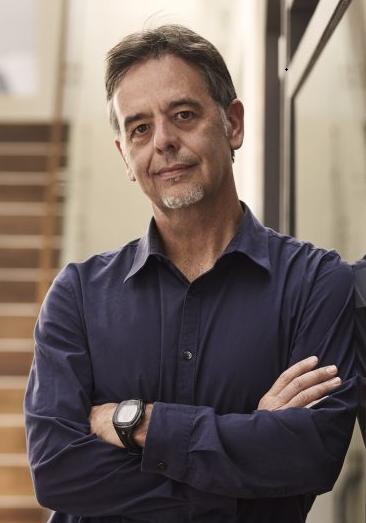 Ronald Deibert is professor of political science and director of the Citizen Lab at the Munk School of Global Affairs & Public Policy at the University of Toronto. He is the author of Black Code: Surveillance, Privacy and the Dark Side of Cyberspace; Parchment, Printing, and Hypermedia: Communications in World Order Transformation; and Reset: Reclaiming the Internet for Civil Society, as well as several edited volumes.

Previously, Deibert was a principal investigator and co-founder of the OpenNet Initiative (2003-2014) and Information Warfare Monitor (2003-2012) projects. Deibert was one of the founders and (former) vice president of global policy and  outreach  for  Psiphon. He serves on the editorial boards of Explorations in Media Ecology, Astropolitics, Journal of Global Security Studies, Review of Policy Research, and International Political Sociology.

He has received several awards, including the University of Toronto’s President’s Impact Award (2017), the Neil Postman Award for Career Achievement in Public Intellectual Activity (2014), and the Advancement of Intellectual Freedom in Canada Award from the Canadian Library Association (2014). In 2013, Deibert was appointed to the Order of Ontario and awarded the Queen Elizabeth II Diamond Jubilee medal for recognizing and mitigating the “growing threats to communications rights, openness and security worldwide.”

“The Social Requisites of Democracy Revisited” by Seymour Martin Lipset

Reset: Reclaiming the Internet for Civil Society by Ronald Deibert

Social Media and Risks to Digital Freedom: A Conversation with Ronald Deibert

The Journal of Democracy's July 2021 issues features a set of essays exploring...

“Religion and Democracy: Allies or...

In this issue of the Journal of Democracy, expert contributors...

How the Way We Think Drives Disinformation:...