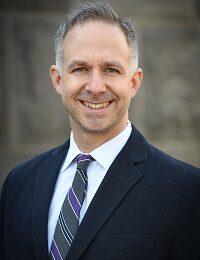 Adam Rosenberg was appointed to the Foreign Service in 2021 by the U.S. Agency for International Development (USAID) and serves as a Private Enterprise Officer in the Bureau for Development, Democracy, and Innovation (DDI).  Adam transitioned from the USDA Foreign Agricultural Service (FAS), as a civil servant, previously based in the Office of Capacity Building & Development (OCBD).  He worked on diverse agricultural foreign trade capacity building programs, and finally as Senior Program Manager & Team Lead on the Cochran Fellowship Program Eastern Europe & Eurasia Team.  Prior to U.S. federal government service, Adam worked as a Corporate Grants Program Manager at the nonprofit National 4-H Council overseeing a multi-year multimillion-dollar nationwide STEM youth development program funded by Lockheed Martin Corp.  He has also enjoyed opportunities at NGOs and has a background in democracy building and elections.  Adam served as a monitor during the 2004 United States presidential election ballot recount in Ohio and later worked at the Institute for Research and Democratic Development in Liberia (IREDD, previously the Liberia Democratic Institute) on the NED grant-funded “Strengthening Legislative Accountability” program.  Adam served as an AmeriCorps Volunteer with Public Allies-Cincinnati and later with Peace Corps as a Community Health & Economic Development (CHED) Advisor in Lesotho.  He was awarded M.A. degrees in both International Development and Conflict Resolution from The Heller School for Social Policy & Management at Brandeis University, as well as a Bachelor of Urban Planning (BUP) from the DAAP College at the University of Cincinnati.