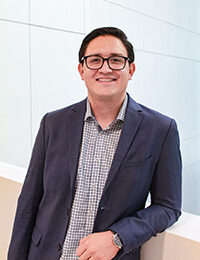 Alejandro González Ruiz is a Democracy and Rule of Law Specialist for the Department of Sustainable Democracy and Special Missions at the Organization of American States (OAS). In this role, he has worked on projects to combat corruption and impunity in Honduras, El Salvador, and Haiti. He has also managed ISO technical-electoral cooperation projects in several Latin American countries and coordinated the OAS Electoral Observation Mission (EOM) in the State of Georgia for the 2020 US General Election. Prior to joining the OAS, Alejandro served as a public official in different agencies of the government of Mexico, including the Consular Section of the Mexican Embassy in the United States, the Office of Congressional Affairs, and the Mexican Cultural Institute of the same embassy. Fluent in Spanish and English, Alejandro has a JD from Universidad Nacional Autónoma de México (UNAM) and an MPM from Georgetown University, where he collaborated as a Teacher Assistant (TA). He regularly writes for the leading Mexican newspaper El Universal.