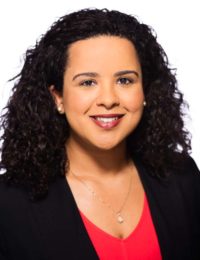 She has authored numerous policy studies included but not limited to Cuba, Venezuela, and Central America. In addition to writing policy papers, Quintana’s articles have appeared in The National Interest, The Federalist, Diario de las Americas, among others. Her work has been citied in media venues such as The Washington Post, Bloomberg Business, The Guardian, Deutsche Welle and has been a commentator on media outlets like Fox News, MSNBC, and Al Jazeera.

Quintana holds a Master of Arts degree in global security studies and a bachelor’s degree in political science, both from Florida International University. She also received certificates in National Security, Latin American and Caribbean studies. She was a scholar in the university’s Jack D. Gordon Institute for Public Policy and Citizenship Studies. Fluent in Spanish and proficient in Portuguese, Quintana studied in Minas Gerais, Brazil, on a scholarship sponsored by the Department of Defense.

Quintana was born and raised in Miami.  She currently resides in Washington, D.C.