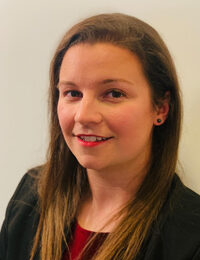 Brittany Lamon-Paredes is a strategy analyst in the national security field. Brittany received a direct commission with the U.S. Navy after serving four years enlisted. Through her military capacity, Brittany has deployed with special warfare to the AFRICOM AOR and spent several months in Guam. In both capacities, she gained experience in mitigating risks and advancing U.S. security interests in hostile conditions. From her military experience, Brittany has become a subject-matter expert in expeditionary intelligence. As an analyst for the federal government, she has published strategic assessments that have directly influenced senior-level decisionmakers and Combatant Commanders. She has planned and managed national intelligence collection strategies for multiple countries. She volunteers 10 hours a week as the Secretary for the ASIL Lieber Society on the Law of Armed Conflict and recently finished a fellowship with the Jamestown Foundation (2018-2019). She received a B.A. in Anthropology and Political Science from Wellesley College. She graduated with honors with an M.A. in Intelligence Studies from American Military University while she was deployed. Brittany is finishing her Master’s of Legal Studies from Pepperdine Caruso School of Law. She is also fluent in French. Brittany hails from Southern California but lives in Washington D.C.