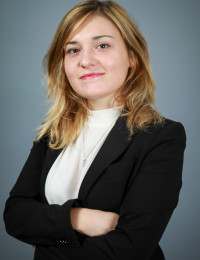 Daniela Gorza is an Associate at G&A, a Washington, DC, based international consulting firm, where she advises firms expanding into emerging markets on market entry, corporate strategy and financial advisory. Prior to joining G&A, she worked in China and Vietnam for Dezan Shira, where she researched the incentives for foreign direct investments (FDI) in the emerging economies and advised several Western businesses for their expansion into emerging Asian economies like Vietnam, India, China, Thailand & Malaysia. In 2013, she completed a Double Degree in Public Administration and Government from the London School of Economics and Peking University. Her master’s thesis at LSE focused on a comparative study of FDI incentives in China and Vietnam while her work at Peking University focused on the study of Chinese investments in developed markets of Europe. She is an active member of the LSE Entrepreneurship society, as well as the Young Ambassadors Society.  Her interests include democracy in Asia and the role of private sector in fostering development and democratic values. She was born in Italy but resided in the UK, France, Turkey, China and the US.