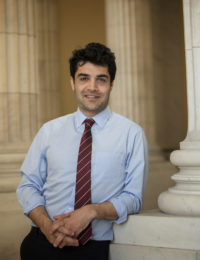 Javid Ahmad is a fellow with the Atlantic Council and a nonresident fellow at West Point’s Modern War Institute, where he focuses on security, political, and socioeconomic issues, mainly in South Asia. He previously worked with a global risk management firm as a supervisory analyst and as a senior adviser to Afghanistan’s minister of finance through the World Bank, devising policies to counter money-laundering and terrorism financing. Previously, Javid worked on South Asia for the Pentagon’s Afghanistan-Pakistan Hands program and the U.S. Naval Postgraduate School. He also worked as a program coordinator for Asia for the German Marshall Fund of the United States, NATO HQ in Brussels, and the Voice of America in Washington. Javid’s writing has appeared in the Wall Street Journal, Washington Post, Foreign Affairs, New York Times, Foreign Policy, the National Interest, The Hill, and CNN. He has a BA from Beloit College and an MA from Yale University.