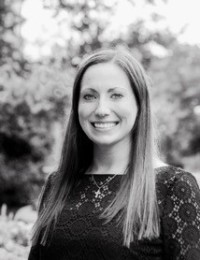 Jordan holds a Master of Public Administration degree from Pennsylvania State University; Certification from The Government Affairs Institute at Georgetown in Legislative Studies; a B.A. in Political Science/English with thesis on “Women in the Military” from Allegheny College; and recently completed OPM’s Executive Leadership Education and Development (LEAD) Certificate Program.  She is also an honor graduate of S.H.A.P.E International High School (Mons, Belgium).

Jordan was raised a “military brat” and has lived and breathed foreign policy and defense studies from a young age.  Her current areas of focus include NATO, Special Operations, and transatlantic relationships.  She earned both her Girl Scout Silver and Gold Awards; is a Member of Kappa Kappa Gamma; was a Foreign Policy Initiative Future Leader, a member of Women in Foreign Policy, Young Professionals in Foreign Policy, and is actively involved in her Capitol Hill community.