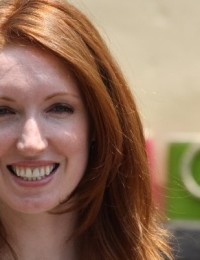 Ruth Smith is a consultant and Senior Program Manager for the National Nuclear Security Administration’s International Nuclear Safeguards Engagement Program (INSEP). In this role, Smith manages a portfolio of engagements in Sub Saharan Africa and Latin America to bolster the safeguarding of nuclear technology for peaceful use. Smith previously served as policy and program management consultant for the United States Department of Defense (DoD), where she supported international partnerships to combat weapons of mass destruction threats. Smith served as the Acquisition and Operations Team Lead supporting the DoD Cooperative Biological Engagement Program, where she oversaw four teams managing biosecurity projects in over 20 countries. Prior to that, she supported the DoD Cooperative Threat Reduction Program as a Policy Advisor in the Office of the Under Secretary of Defense for Policy’s Office of Countering WMD Policy. Ms. Smith has worked in the national security arena for over a decade, and brings past experience working and consulting for the United States Departments of Defense, Homeland Security, Energy, Justice, the White House, and private sector security and defense clients.