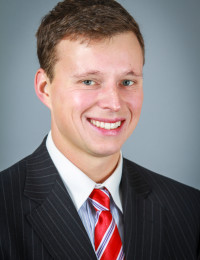 Joshua W. Walker (@drjwalk) is a perpetual bridge-builder, trained as an academic and passionate about global affairs with a specialization in the Middle East and East Asia. He currently serves as the Vice-President of Global Programs at APCO Worldwide, a leading strategic communications firm where he oversees 34 regional offices for the Founding Chairman and CEO and most recently helped set up its newest office in Tokyo, Japan. Dr. Walker is also a non-resident Transatlantic Fellow at the German Marshall Fund of the United States and teaches the Politics of National Security at the George Washington University’s Elliot School of International Affairs. Before the private sector Dr. Walker served in a variety of roles and levels as a senior advisor to the US government. He most recently was at the U.S. Department of State in Secretary Kerry’s Office of the Chief Economist until 2013 and prior to this appointment from 2012 he served in Secretary Clinton’s Global Partnership Initiative as Senior Advisor on the Middle East and North Africa. He has also previously worked for at the U.S. Embassy Ankara, the Turkey Desk of the Bureau of European and Eurasian Affairs at the State Department, and for the Joint Chiefs of Staff at the U.S. Department of Defense. Prior to his government service, Dr. Walker was an academic and think-tanker bridging the theoretical and policy worlds since his earliest days of growing up in Japan with his parents and pursuing a Fulbright fellowship in Turkey.