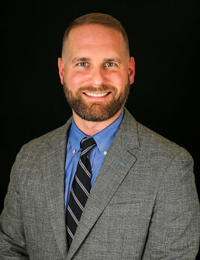 Michael G. Dozler is a career Foreign Affairs Officer at the U.S. Department of State. He is currently the Unit Chief for European and Eurasian Affairs in the Office of International Religious Freedom. Prior to that, he spent nearly seven years developing policies and providing expert advice on democracy, human rights, and humanitarian matters at the United Nations in the Bureau of International Organization Affairs. Michael is also concurrently a Fellow for LGBTI Global Diversity and Inclusion at the Atlantic Council. Michael began his career as a Fulbright Fellow in Latvia, where he researched the historical, legal, political, and social dimensions of the emergence and changing role of civil society in Latvian governance in the post-Soviet era. Upon returning to the United States, Michael focused on democracy and human rights issues at non-governmental organizations including the National Democratic Institute and German Marshall Fund before joining the State Department as a Presidential Management Fellow in August 2013. Michael earned an M.A. in international affairs from The George Washington University and a B.A. in political science and history from the University of Nebraska – Lincoln. Michael is a proud Husker, who enjoys explaining that Nebraska’s actual tourism slogan is “honestly, it’s not for everyone.”