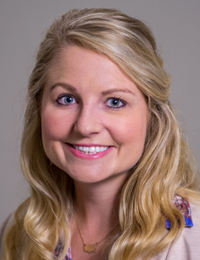 Robby Stephany Smith serves as a Special Assistant in the Front Office of the International Organizations Bureau at the State Department. Previously, she served as Legislative Director and National Security Adviser for Congressman Chip Roy of Texas, having worked on Capitol Hill in various roles over the past five years. Robby began her career in Congress to better learn the U.S. Government’s budgetary and oversight processes, working for former House Financial Services Committee Chairman, Jeb Hensarling, and then for Sen. Mike Lee, staffing him on the Armed Services Committee and eventually taking on the role of Military Legislative Assistant. Robby led Sen. Lee’s engagement on key topics including international organizations, the Western Hemisphere, and U.S. initiatives in the Middle East. After four years on the Hill, Robby served as Assistant Director for Policy and Outreach for the Conservative Partnership Institute, a nonprofit dedicated to training, equipping, and placing staffers on Capitol Hill and in the Executive Branch run by former Senator Jim DeMint. In this role, Robby worked with Republican midterm candidates to connect them to staff in Washington, DC, to get their offices running quickly and smoothly. Robby is a proud graduate of Texas A&M University and the Bush School of Government and Public Service with a Bachelor’s in political science and a Master’s in public administration. Robby studied transatlantic security policy in her undergraduate studies, studying at University Passau and in part in Garmisch Partenkirchen at the Marshall Center, and was a student of public management and democracy promotion in graduate school. She has participated in the Army War College’s defense strategy course and is presently pursuing a certificate and Master’s degree through the Navy War College.