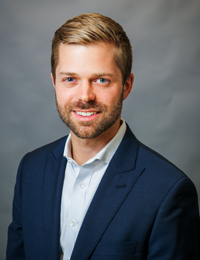 Sean Suter is an International Economist in the Office of International Affairs within the Department of the U.S. Treasury.  He covers the U.S. relationship with the World Bank Group, advising on the World Bank Group’s finances and development policies. Currently, he is helping negotiate the replenishment of the International Development Association (IDA), the arm of the World Bank that supports the world’s poorest countries. While at Treasury, he has also served as Advisor to the U.S. Executive Director at the European Bank for Reconstruction and Development (EBRD) in London. Prior to his graduate studies, Sean worked as a finance and personal assistant for U.S. Senate Majority Leader Harry Reid, a staff assistant to Minnesota State Senate Majority Leader Larry Pogemiller, and an intern for Senator Barack Obama.  Sean has a Master of Science in Foreign Service with a concentration in international development from Georgetown University, where he was a teaching assistant for former Secretary of State Madeleine Albright.  He has a B.A. in political science from Saint John’s University/College of Saint Benedict in his native Minnesota.